Not a lot of pots

Life takes twists and turns and we never quite know what is in store. Pots have been few - I like to think this will change as the mud in my veins nourishes the soul and I have missed it. 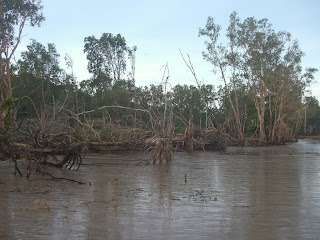 This was my morning beach scene - for those who have followed my ramblings there is a noticeable change to the paperbarks. We have had higher than normal tides and strong winds as a cyclone was lurking in the lower gulf. The waves are a powerful force on these beautiful trees with their entangled root systems so many suffered in the onslaught........ 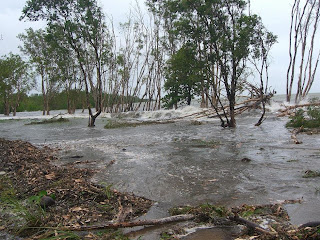 and this was the tide and wind in action on the first day and the paperbarks had to weather another full day of the forces of nature with a second huge tide. 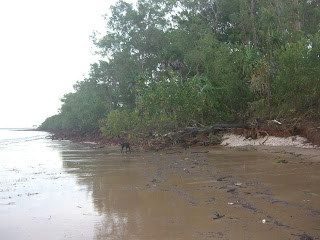 For all those potters out there - the band of kaolin has been exposed during the monsoonal weather. Large chunks lie amongst the rocks so I think some of these pieces will find their way back with me. A shino with this kaolin is salt and iron laden so gives interesting hues. 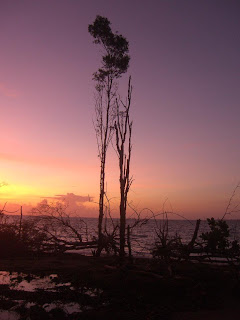 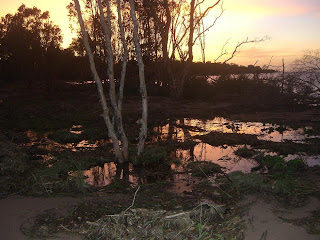 Dusk often draws Midnight and I back down to catch the last glimmers of light across the ocean.
The cacophony created by hundreds of frogs is incredible and these pools are filled with tadpoles. 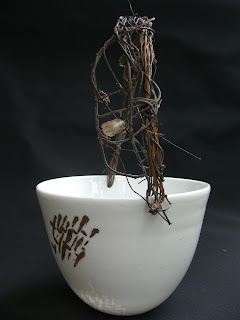 I have a few more dillies - these were thrown before life became tangled - weaving in another direction! 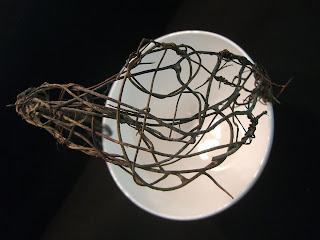 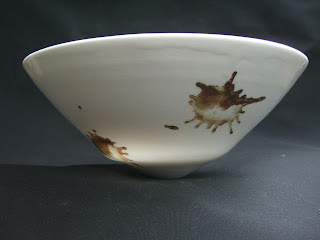 And this bowl is one of those gems from a firing - images don't do them justice and they are always hard to part with. 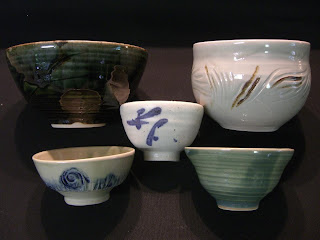 And finally I did make a little batch of porcelain using the local kaolin - didn't stir or age - but couldn't wait so threw these pieces after 2 weeks. Of course its not translucent but its a wonderful throwing body and I love the results so now I have a bin which is being stirred several times a day and will sit for at least 2 months. I plan a few more smaller test batches to see if I can get a translucent body - my usual fly by the seat of my pants changes. Its still great to have an affordable local workeable body.
Posted by mudheartpottery at 2:30 AM 4 comments: